Benefits of interface callbacks instead of class messages

If you compare with existing client/server SOA solutions (in Delphi, Java, C# or even in Go or other frameworks), mORMot's interface-based callback mechanism sounds pretty unique and easy to work with.

Most Events Oriented solutions do use a set of dedicated messages to propagate the events, with a centralized Message Bus (like MSMQ or JMS), or a P2P/decentralized approach (see e.g. ZeroMQ or NanoMsg). In practice, you are expected to define one class per message, the class fields being the message values. You would define e.g. one class to notify a successful process, and another class to notify an error. SOA services would eventually tend to be defined by a huge number of individual classes, with the temptation of re-using existing classes in several contexts.

Our interface-based approach allows to gather all events:

Since asynchronous notifications are needed most of the time, method parameters would be one-way, i.e. defined only as const - in such case, an evolved algorithm would transparently gather those outgoing messages, to enhance scalability when processing such asynchronous events. Blocking request may also be defined as var/out, as we will see below, inWorkflow adaptation.

Behind the scene, the framework would still transmit raw messages over IP sockets (currently over a WebSockets connection), like other systems, but events notification would benefit from using interfaces, on both server and client sides.
We will now see how...

As we already notified in this blog, Embarcadero has been finally bought by IDERA. Delphi users received a letter from Randy Jacops, IDERA CEO. Written in my mother language, in perfect French. Nice! The letter states that they have 20,000 customers... It sounds more realistic than the numbers  […]

One year ago, we published a set of slides about the main concepts implemented by our framework. Mainly about ORM (and ODM), NoSQL, JSON, SOA, MVC (and MVVM), SOLID, DDD, CQRS and some patterns like Stubs, Mocks, Factory, Repository, Unit-Of-Work. Worth a look, if you want to find out the benefits  […] 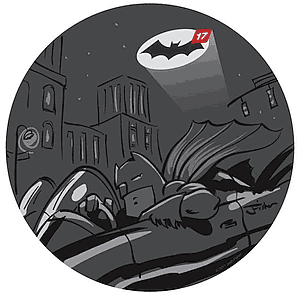 When publishing SOA services, most of them are defined as stateless, in a typical query/answer pattern - see Service-Oriented Architecture (SOA).
This fits exactly with the RESTful approach of Client-Server services via interfaces, as proposed by the framework.

But it may happen that a client application (or service) needs to know the state of a given service. In a pure stateless implementation, it will have to query the server for any state change, i.e. for any pending notification - this is called polling.

Polling may take place for instance:

It may therefore sounds preferred, and in some case necessary, to have the ability to let the server notify one or several clients without any prior query, nor having the requirement of a client-side timer:

In a previous article, we presented how Master/Slave replication may be easily implemented in mORMot's RESTful ORM.
Do not forget to visit the corresponding paragraphs of our online documentation, which has been updated, and is more accurate!

Sometimes, the on-demand synchronization is not enough.
So we have just introduced real-time replication via WebSockets.
For instance, you may need to: 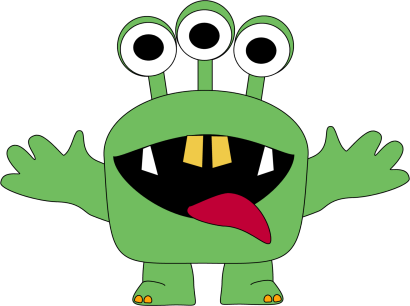 A long-time mORMot user and contributor just made a proposal on our forums.
He did use mORMot classes to integrate a SpiderMonkey JavaScript engine to our very fast and scaling HTTP server, including our optimized JSON serialization layer. Today, he sent to me some of his source code, which sounds ready to be included in the main trunk!

This is a great contribution, and Pavel's goal is nothing less than offering
Delphi based, FAST multithreaded server with ORM and node.js modules compatible.

Implementing Domain-Driven-Design (DDD) is one goal of our mORMot framework.

It is now time to enter deeper into the material, provide some definition and reference.
You can also search the web for reference, or look at the official web site.
A general presentation of the corresponding concepts, in the .NET world, was used as reference of this blog entry.

Stay tuned, and ride the mORMot!

Our Open Source mORMot framework is now available in revision 1.17.

The main new features are the following:

We have some very exciting features on the road-map for the next 1.18 release, like direct Event/CallBacks handling.
Stay tuned!

On the mORMot roadmap, we added a new upcoming feature, to implement one-way callbacks from the server.
That is, add transparent "push" mode to our Service Oriented Architecture framework.

Aim is to implement notification events triggered from the server side, very easily from Delphi code, even over a single HTTP connection - for instance, WCF does not allow this: it will need a dual binding, so will need to open a firewall port and such.

It will be the ground of an Event Collaboration stack included within mORMot, in a KISS way.
Event Collaboration is really a very interesting pattern, and even if not all your application domain should be written using it, some part may definitively benefit from it.
The publish / subscribe pattern provides greater network scalability and a more dynamic SOA implementation: for instance, you can add listeners to your main system events (even third-party developed), without touching your main server.
Or it could be the root of the Event Sourcing part of your business domain: since callbacks can also be executed on the server side (without communication), they can be used to easily add nice features like: complete rebuild, data consolidation (and CQRS), temporal query, event replay, logging, audit, backup, replication.

One ORM to rule them all

If you discovered the mORMot framework, you may have found out that its implementation may sound restricted, in comparison to other ORMs, due to its design. It would be easy to answer that "it is not a bug, it is a feature", but I suspect it is worth a dedicated article.

Some common (and founded) criticisms are the following (quoting from our forum - see e.g. this question):
- "One of the things I don't like so much about your approach to the ORM is the mis-use of existing Delphi constructs like "index n" attribute for the maximum length of a string-property. Other ORMs solve this i.e. with official Class-attributes";
- "You have to inherit from TSQLRecord, and can't persist any plain class";
- "There is no way to easily map an existing complex database".

I understand very well those concerns.
Our mORMot framework is not meant to fit any purpose, but it is worth understanding why it has been implemented as such, and why it may be quite unique within the family of ORMs - which almost all are following the Hibernate way of doing.

In a discussion with Henrick Hellström, in Embarcadero forums, I wrote some high-level information about mORMot.

It was clear to me that our little mORMot is now far away from a simple Client-Server solution.

The Henrick point was that with Real Thin Client (RTC), you are able to write any Client-Server solution, even a RESTful / JSON based one.

He is of course right, but it made clear to me all the work done in mORMot since its beginning.
From a Client-Server ORM, it is now a complete SOA framework, ready to serve Domain-Driven-Design solutions.

How does it compare with the reference of SOA implementation (at least in the Windows world) - aka WCF?

"Comparaison n'est pas raison", as we use to say in France.
But we will also speak about Event Sourcing, and why it is now on our official road map.
Comparing our implementation with WCF is the opportunity to make our framework always better.