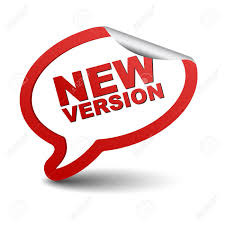 So, in practice, two main points to discuss:

The idea would be to have 2.# minor version every month, with patches in-between. A monthly minor upgrade allow to have new features included quick enough to be interresting.

2.1. To remove all reminicence of the "SQLite3 framework", e.g. the SQLite3 sub-folder.

2.2. Try to split SynCommons.pas and mORMot.pas units into smaller units. Putting e.g. the raw JSON process or RTTI in some external unit.

2.3. Introduce some high-level classes and units, perhaps as (why-not?) some non-visual TComponent version of our classes. Keeping existing low-level classes, which are stable and full of features - but difficult to adopt.

2.4. Get rid of oldest Delphi (e.g. Delphi 5 - which is currently broken BTW) official compatibility, only support mainstream Delphi revisions, and focus on FPC trunk as main target -and officially maintaining only a few version of Delphi (2007/XE7/10.3?) - with other version maintained by contributors.

Any feedback is welcome in our forum, as usual!