Andy reported that he was not able to validate its IDE fix pack for Delphi 10 Seattle, due to its Win64 compiler not being deterministic anymore.
The generated code did vary, from one build to other. 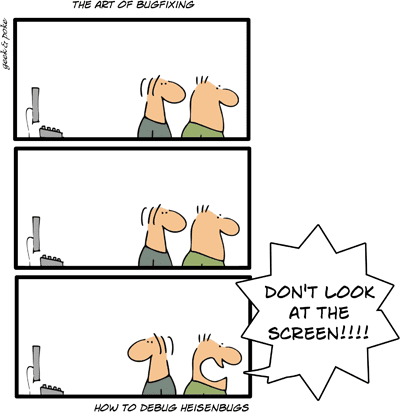 Sadly, on our side, we identified that the code generated by the Win64 compiler of Delphi 10 Seattle is broken.
We have observed some weird code generation with the Win64 platform as a target. Some unexpected exception do occur (like a EPrivilege or EAccessViolation exception).
But it is a random issue, very difficult to reproduce.  After a recompile, no problem any more. Or a problem at another place... A typical Heisenbug...
And, to be clear, no such problem when using an older version of Delphi...

We hope that the corresponding QC entry would be quickly fixed.
So we will stay away from Delphi 10's Win64 compiler, and use Delphi XE8 instead, in the meanwhile.

Update: Issue fixed!
Allen Bauer recognized that "It was an uninitialized memory allocation" in the QC, and that he is pushing to include the fix into the upcoming Seattle 10 Update 1.
Nice seeing such a quick reaction. Delphi is not dead, even if Embarcadero was just acquired!