In mORMot, the http.sys kernel mode server can be defined to serve HTTPS secure content. 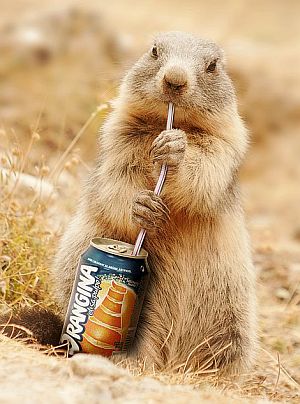 When the aUseSSL boolean parameter is set for TSQLHttpServer.Create() constructor, the SSL layer will be enabled within http.sys.
Note that useHttpSocket kind of server does not offer SSL encryption yet.

We will now define the steps needed to set up a HTTPS server in mORMot.

In order to let the SSL layer work as expected, you need first to create and import a set of certificates.
Here are the needed steps, as detailed in http://www.codeproject.com/Articles/24027/SSL-with-Self-hosted-WCF-Service and http://msdn.microsoft.com/en-us/library/ms733791.aspx - you can refer to any WCF related documentation about HTTPS, since it shares the http.sys kernel-mode server with mORMot and IIS.

The following command (run in a Visual Studio command prompt) will create your root certificate:

Take a look at the above links to see what each of these arguments mean, it isn't terribly important, but it's nice to know.

The MakeCert tool is available as part of the Windows SDK, which you can download from http://go.microsoft.com/fwlink/p/?linkid=84091 if you do not want to download the whole Visual Studio package. Membership in Administrators, or equivalent, on the local computer is the minimum required to complete this procedure.

Once this command has been run and succeeded, you need to make this certificate a trusted authority. You do this by using the MMC snap in console. Go to the run window and type "mmc", hit enter. Then in the window that opens (called the "Microsoft Management Console", for those who care) perform the following actions:

You should see a certificate called "Dev Certificate Authority" (or whatever else you decided to call it as parameter in the above command line). Move this certificate from the current node to Certificates (Local Computer) -> Trusted Root Certification Authorities -> Certificates node, drag and drop works happily.

Now you have NOT the cert you need

You have made yourself able to create trusted certs though, which is nice.
Now you have to create another cert, which you are actually going to use.

Run makecert again, but run it as follows...

Note that you are using the first certificate as the author for this latest one. This is important... where I have localhost you need to put the DNS name of your box. In other words, if you deploy your service such that its endpoint reads http://bob:10010/Service then the name needs to be bob. In addition, you are going to need to do this for each host you need to run as (yes, so one for bob and another one for localhost).

Get the signature of your cert by double clicking on the cert (Select the Certificates (Local Computer) ' Personal ' Certificates), opening the details tab, and scrolling down to the "Thumbprint" option.

Select the thumbprint and copy it. Put it in Notepad or any other text editor and replace the spaces with nothing. Keep this thumbprint heaxdecimal value safe, since we will need it soon.

You have your certs set up. Congrats!
But we are not finished yet.

Configure a Port with an SSL certificate

Now you get to use another fun tool, httpcfg (for XP/2003), or its newer version, named aka netsh http (for Vista/Seven/Eight).

Firstly run the command below to check that you don't have anything running on a port you want.

If this is your first time doing this, it should just return a newline. If there is already SSL set up on the exact IP you want to use (or if later on you need to delete any mistakes) you can use the following command, where the IP and the port are displayed as a result from the previous query.

Now we have to bind an SSL certificate to a port number, as such (here below, 0000000000003ed9cd0c315bbb6dc1c08da5e6 is the thumbprint of the certificate, as you copied it into the notepad in the previous paragraph):

(under Vista/Seven/Eight)
Here the appid= parameter is a GUID that can be used to identify the owning application.

To delete an SSL certificate from a port number previously registered, you can use one of the following commands:

Note that this is mandatory to first delete an existing certificate for a given port before replacing it with a new one.

Feedback and information is welcome on our forum, as usual.